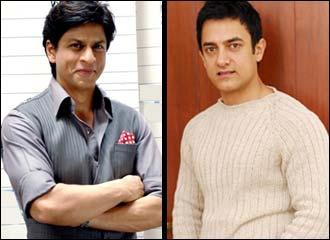 Bollywood giant Yash Raj Films is all set to take the plunge into India’s TV industry. The lure of “small screen” is not small by any means. Every Bollywood star worth his/her name appears on the small screen every now and then. The reach of TV cannot be questioned. Many Bollywood production houses have already added content production for TV to their profiles. So it was just a matter of time before the most prestigious one of them all followed suit. YRF is now ready to enter the TV industry, making their debut with a matrimony show.

“Not another Swayamvar!” Is that what you are thinking? Don’t worry people! YRF is making their TV debut with Star Plus. Since the channel already has a successful reality show Lux Perfect Bride, with the backdrop of matrimony, YRF’s TV show will be different. The show has been named Rishta.com. The only similarity between other matrimony shows and Rishta.com is the common theme of marriage.

Rishta.com will be a comedy series, featuring the hottest stars of Bollywood. Where there’s Yashraj Films, can Bollywood Divas and hunks be far? Actors like Preity Zinta, Ritesh Deshmukh, Tabu, Shah Rukh Khan, Rani Mukherjee, Jugal Hansraj and Uday Chopra have been roped in to appear on the show. The show will revolve around a matrimony office through which couples meet.

The USP of the show is u ndoubtedly Aamir Khan, who will not only open the show but also make his TV debut with it. Considering the relationship that Star Plus shares with Shahrukh Khan, it is a surprise that they are considering his rival Aamir to open the show. But then, SRK’s stars have not been smiling all that much lately. Moreover, as someone once said, “Nothing is permanent, except change!”