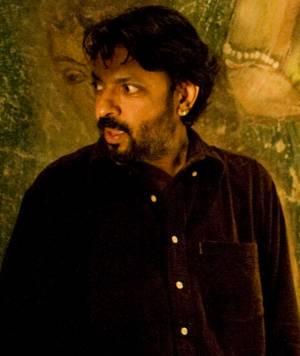 Ever heard of a Bollywood director who gets paid more than the lead cast of a film? We bet you haven’t! After all lead actors (call them stars if you wish) are considered more important than anyone else associated with the making of a Bollywood film. This is exactly why they throw starry tantrums, arrive late for work, misbehave with journalists, and generally bully everyone around them. But all this seems to be changing.

Apparently, Sanjay Leela Bhansali is being paid more than Hritik & Aishwarya put together! Sanjay is directing the hottest on-screen jodi in B-town in their next flick Guzaarish. Sources reveal that the production house UTV has paid a whopping Rs. 35 crore to the film maker for his association with Guzaarish. Now that’s way more than what the lead actors Hritik & Aishwarya have been paid for the same film.

Don’t be too shocked. Our sources tell us that Sanjay is not merely directing this film. He is also the writer and the music composer for “Guzaarish”. Reportedly, the script is so strong that the production house wanted to have it at any cost. If the money paid to the writer-director-music composer Sanjay is any indication, Guzaarish seems to be a really big biggie for Bollywood. The total cost of making the film is estimated to be around Rs. 80 crore. When a production house invests that kind of money, they are expecting a jackpot, Right?

Sanjay Leela Bhansali is best known for his films like ”Hum Dil De Chuke Sanam”, “Devdas”, “Black” and “Saawariya”. Unfortunately, Saawariya was such a huge dud that nobody expected Sanjay to make a film for a long time! Apparently, Guzaarish is his re-launch vehicle into film making. It seems that Sanjay is not ready to be written off just yet.

Hritik To Direct A Film?

Hattrick For The Hottest Jodi

'I get paid well even after a flop', says Nawazuddin Siddiqui

Sanjay Leela Bhansali responds to the Padmavati controversy; will not meet any chief minister

Deepika paid more than Ranveer for Padmavati! Here is true

Revealed: Who was paid more in Piku? Deepika or Amitabh?