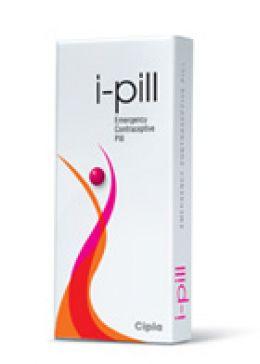 An advertisement on TV shows two young celebrity couples discussing the “emergency” situation after unprotected sex and fear of pregnancy. A little pill comes to rescue and promises a “life without fear”. That’s the Emergency Contraceptive Pill for you.

Cipla is the first company to launch the ECP in India with their brand i-Pill. Supported with a nationwide advertisement campaign, the i-pill has become a huge hit with Indian women. Riding on this momentum, other pharma companies have also begun to launch their own ECPs. Though Cipla has set up helpline numbers to address questions and provide information about the i-Pill, there are many fallacies still doing the rounds about emergency contraception.

What Is Emergency Contraception?

Emergency Contraceptive Pills have been used in the Western world for many years now, but they are a relatively new concept in India. The ECP is a tablet which can be taken to prevent pregnancy after unprotected sex. The pill is supposed to be taken within 72 hours of unprotected sex, but the sooner the better. ECPs are available over the counter and do not require a prescription.

How Does ECP Work?

These pills work on 3 levels to give you maximum protection.
1. Prevent the egg from being released from the ovary.
2. Prevent fertilization of the egg if it has already been released.
3. Prevent implantation if the egg has already fertilized.

It is important to remember that if the fertilized egg has already been implanted into the uterus wall, there’s little that the ECP can do to prevent pregnancy. Also, unlike condoms, the ECPs do not offer any protection from AIDS and other sexually transmitted diseases.

Side effects of ECPs are almost negligible, unless you are allergic to it. A few women experience nausea after taking the ECP. Other side effects could be headache, breast tenderness and vomiting. It is also possible to experience a temporary change in your cycle. Apart from these, there are no other side effects known.

So, What’s The Catch?

Why Are People Outraged?

Extensive advertising on all TV channels has enraged many sections of the society. First of all, parents of teenagers are concerned that these campaigns are pushing their young kids into sexual activity. Doctors are worried about the fact that ECPs are fast taking over condoms today. Replacing condoms with ECPs may provide unbridled passion, but protection from STDs takes a backseat. Long term usage also caused hormonal imbalance and menstrual disorders. Sociologists are worried about the effect these advertisements have on little children. They feel that children are losing innocence and growing up too quickly due to this information overload.

People may complain as much as they line, but ECPs are here to stay. Women have taken to them in a big way, as can be judged from the high sales volumes. If you are worried about your daughter popping ECPs several times a month, stop worrying and start talking. ECPs should not be used as a regular contraception and parents can get this point across only by opening the channels of communication and building trust.

The Forbes India Celebrity 100 List is out: Virat Kohli has emerged supreme in the No. 1 spot

Nawazuddin Siddiqui: You are perceived a good actor when you give Rs 100-cr hit

Congress leaders wants to watch ‘Indu Sarkar’ before its release

Madhur Bhandarkar next production ‘Indu Sarkar’ is based on 1975 emergency

So What Makes Rowdy Rathore A Success?