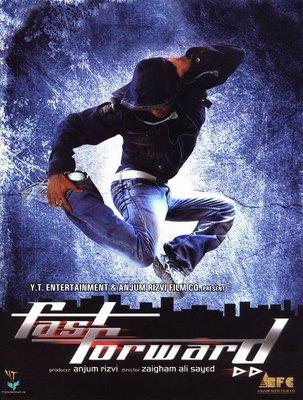 If you were watching Sikandar at home, you wouldn’t have to fast forward it. Because from what we hear, it is really a decent movie. Released today in India, Sikandar is a sensitive film about Terrorism in Kashmir. Terrorism is a favorite subject of all film makers these days, and this one is no different. But there is little chance that this film will rake in the moolah. Not because it’s sloppy, but because its promos are noticeable by absence. The producers are obviously hard pressed for finances, and the promotions are almost ZERO.

So who are you to watch out for in Sikandar? First of all, this movie brings you the lovely and talented Ayesha Kapoor. Remember the light eyed little girl in Black? Ayesha has convincingly played the part of a 14 year old Kashmiri girl in “Sikandar”. Madhavan and Sanjay Suri are the other recognizable names in the film.

Apart from “Sikandar”, Fast Forward and Shadow are the other releases this week. Fast Forward obviously is inspired from the multiple dance based reality shows we watch on TV. The backdrop is dance, and you will watch a story of friendship, love, drama and gloom. Mahesh Majarekar and Vinod Khanna make an appearance in this film. But obviously they are not enough of a reason to go watch it! But if you have a passion for dancing, this is the movie for this weekend.

Shadow is your typical 70s masala flick. It has all the typical ingredients, and a musical score that will support the rest of the masala. The film has murders, mystery, reporters, police…but a “not so great” script. The reasons to go and buy a ticket are names like Milind Soman and Sonali Kulkarni. Milind is as handsome and dishy as ever. But you will see Sonali in a completely new avatar…doing an item number! Shocking, Right? Great performance is something that you should not be expecting in “Shadow”.

Though 3 movies have released this Friday, neither of them seem to have a glorious opening or collections in store for them. The reason is quite simple. People who missed Vishal Bhardwaj-Shahid Kapur-Priyanka Chopa “Kaminey” last week, will not want to watch anything else this weekend. And people who saw “Kaminey” last weekend will probably watch Govinda’s “Life Partner” this weekend. We hear it’s a pretty decent movie and Chi Chi has done a great job! So what are your plans for the weekend?

Is It time To Break Up?

SRK Vs. Sanjay Leela Bhansali: Clash Of The Titans

Bollywood Celebs Graces At A Screening Of Ugly

Aamir Khan,Raj Babbar And Other At Premiere Of Issaq

Should You Get Besharam This Weekend?