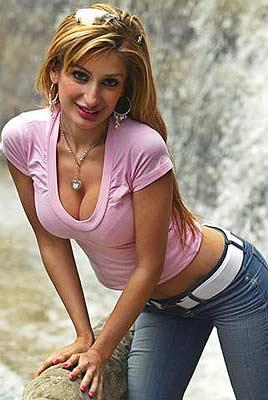 What’s a spoilt sex kitten doing in the wild jungles of Malaysia?

Negar Khan is the new “hot” contestant on Sony TV’s “Iss Jungle Se Mujhe Bachao”. Did you know that Negar was supposed to be a contestant on the show like all others, but could not make it because of a delay in her getting a work visa. So at the last moment she had to be replaced by Fiza. But now the channel has complied with all the formalities and Negar has appeared on the show as a Wild Card contestant.

Negar, who has never done anything remotely similar to living in a jungle, feels that this would be a great learning experience for her. She is terrified of wild snakes and cannot bear to think of being around them. What, then, is this leggy beauty doing on the show where you have to perform dangerous stunts to survive? In Negar’s words, “I am petrified of wild snakes and can't bear the thought of being around them. But from what I understand, we will be given tasks to perform for our daily ration, which will have its share of creepy-crawlies. Time to face my fears!”

It’s great to know that you have such noble intentions, Negar. But only if intentions could translate into FOOD!

As she appeared for her first day in the jungle, Negar had to first clear the Jungle Challenge task, wherein she would win dinner for everyone at the jungle camp. The task involved spending a few minutes with creepy crawly creatures in a glass body suit. Negar Khan refused to continue the task after getting her first task. It seems that the beauty has a long way to go if she really wants to win over her fears!

How will the camp residents react to Negar’s joining them in the jungle? More importantly, will they ever let her face the “Jungle Challenge” again? Incidentally, Negar Khan is the only contestant to have uttered the words “Iss Jungle Se Mujhe Bachao” during the “Jungle Challenge”. She’s also the one who has won the minimum number of stars. But at least she won food for herself!

On the other hand, Shweta Tiwari has left the show on the pretext of missing her daughter. People will sure miss her bikini shots at the waterside…

Nauman Is The Ultimate Roadie

The Jungle Book cast portraits out