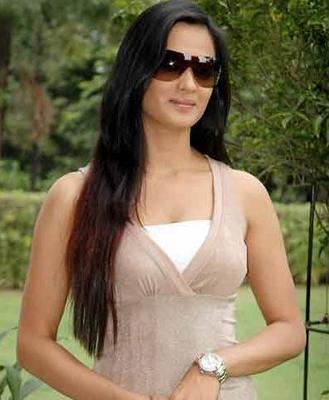 Sony TV’s much awaited show Iss Jungle Se Mujhe Bachao kicks off today. The show is a “desi” version of popular British reality show I'm a Celebrity…Get Me out of Here!.

If you find the current lot of Reality TV shows too boring and miss the “masala” of Bigg Boss or MTV Roadies, this show may cheer you up. It has all the makings of an interesting show will lots of fun, gossip, masala and adventure. To begin with, the whole concept of the show is based on adventure. The 10 Celebrity Contestants will be flown to a thick jungle in Malaysia, where they will have to perform adventurous tasks to stay on in the race for the ultimate prize. There’s the adventure quotient for people who love thrill and excitement.

But what will add to the “watchability” of the show goes much beyond the concept. It would not be wrong to say “Contestants maketh a show!” So the 10 Celebrity contestants of IJSMB look very promising. You wouldn’t disagree after you find out who’s participating…

Marc Robinson: Everyone knows this guy, who was a hot model a few years back.

IshQ Bector: You may not have heard about him. He’s an Indian hip hop artist.

Akashdeep Saigal: This guy is the big daddy of “baddies” on TV. Again, good looks and mean roles!

Shweta Tiwari: Sure you remember “Prerna”, the ex-wife of Raja Chaudhary? This babe looks like she’s walked straight out of a sari catalogue, every time she wears one!

Anaida: One of the first pop stars in India. She’s crooned many a sexy numbers in her lovely voice.

Mona Wasu: Remember the soap “Millie”, the rags to riches story of an orphan girl? Here’s the girl, minus the rags.

Aman Verma: This guy needs no introduction. He’s worked in many soaps and has also hosted many TV shows.

Fiza: Let’s keep this one as a surprise for you. You guessed it right! Even we don’t really know who she is.

Palak (Gurmeet Kaur): Yeah baby! Here is the drama queen herself. From “Singh is Kinng” to “Roadies” to “IJSMB”…this babe can single-handedly multiply the TRPs of any show. Watch out for her, everyone!

So now what do you think? With Shweta Tiwari, Palak, Aman Verma, Akshadeep etc etc etc in the show, can it go wrong anywhere in the masala department? Nopes! So don’t miss the action on Sony TV at 10PM tonight.