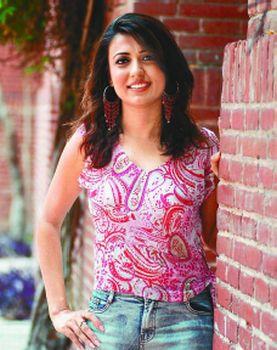 This is the name of the latest entrant on the reality TV circuit. Sony TV is all set to bring you the Desi Avtaar of the British Adventure Show, “I’m A Celebrity… Get Me Out Of Here!”

Yes, that long sentence is the name of the show. Thank God, the Sony guys have cut it down a bit in the Indian version! This show is a treat for all those people who have missed Mini Mathur, the original hostess of Sony’s Indian Idol. The video jockey-turned-television host Mini Mathur makes her comeback on the television screen as the hostess of this adventure reality show. Mini will host the show along with VJ Yudhishtir or “Yudi”, as people call him.

Malaysia has been chosen as the location for the first season of the show. Celebrities, who have led a pampered and secure life so far, will be suddenly thrown into a jungle, with bare necessities for survival. They will come across dangerous events, circumstances and tasks through the show. The concept is a cross between the entertainer Bigg Boss and the adventure show Khatron Ke Khiladi.

We hear that there will be 10 Celebrity contestants on the show. A little birdie tells us that television actress Shweta Tiwari is one of them. Surely you remember Shweta, the wife of “almost winner” Bigg Boss 2: Raja Chaudhary.

The show is being launched on July 6 this year. Promos have already been aired, and they seem to be generating a lot of interest in the public. We are all voyeurs, after all. Who wouldn’t want to see the spoilt celebrities struggling and fighting for life?

Mini Mathur brings back her cooking show on Instagram