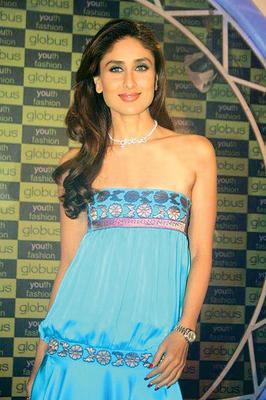 If you go to a college campus these days, you will see thin “Size Zero” girls everywhere. The media glorifies unhealthy wafer thin bodies as the latest “in” thing and the result is there for everyone to see. Kareena Kapoor lost oodles of weight and went down to a Size Zero figure just to gain publicity for a dud film! Though Bebo did it for a film, the media attention and glorification has inspired lakhs of young college going girls and women to shed weight and go skinny.

In such a situation, is it possible that our girls and women are eating healthy? What is the quickest way to weight loss? How long can someone survive on salads or fruit? The answers to these questions are enough to prove that healthy eating is a thing of the past. Most “figure conscious” women suffer from eating disorders, even though they may not be aware of it. Eating disorders may be the result of a physical or mental problem, and may also lead to physical/mental health issues. Here are a few eating disorders described below:

Anorexia Nervosa: Everyone who’s into health and fitness knows about Anorexia. It is a disorder in which the patient becomes too obsessed with limiting calorie intake. The result is malnutrition, excessive weight loss and nutritional deficiency. The cause of Anorexia is mostly psychological. A low self esteem can lead to Anorexia, further leading to various physical health problems.

Bulimia Nervosa: An obsession with body image and weight loss can lead to this disorder. The patient throws up deliberately after every meal, in order to enjoy the meal without absorbing the calories. This is a grave problem and can lead to serious psychological and physical problems.

Hyperphagia: The symptoms of Hyperphagia are opposite to those of Anorexia. The patient eats a lot more than what is considered normal. The excessive eating is so pronounced that the patient eats till the point of vomiting or severe gastric pain. It is associated with the malfunction of the hypothalamus and is often linked to conditions such as Kleine-Levin syndrome and central nervous disorders.

Rumination Syndrome: Traditionally this has been associated with handicapped, infants and people suffering from developmental disabilities. But lately, an increasing number of healthy adults have also been diagnosed with this disorder. The patient exhibits regurgitation after every meal, without nausea, odor, ache or heartburn like symptoms you would associate with vomiting. This is similar to Bulimia and has similar effects.

Orthorexia Nervosa: This one is the most surprising on of all. In this disorder, the patient is excessively obsessed with good health and proper dietary habits. This obsession often leads to severe malnutrition because the patient avoids fats, animal products, grains etc. The effects are similar to those of Anorexia and the patient suffers grave consequences if not treated.

Pica: This is a disorder in which the patient develops an appetite for non nutritive things like soil, clay, chalk, paper, soap, ash etc. The patient may also develop an affinity for raw ingredients of food, such as raw rice, flour, starch, ice, raw potato, salt etc. For such behavior to be considered a disorder, it must be exhibited for more than a month, and at an age when it may be considered developmentally inappropriate. This disorder can be dangerous because the non food stuff can often be toxic or laden with toxic elements such as lead. Also, the lack of nutrition leads to grave health issues.

Though all these disorders are observed in healthy adults, the most common ones are Anorexia and Bulimia. If you or someone you know suffers from any of these eating disorders, it is very important to treat it immediately. The treatments should be carried out at both the physical and psychological level. Reading self help books to gain confidence also helps a lot.

Tips to Deal With Children Having Eating Disorders

Are You Anorexic? (Part I)

Taare Zameen Par star Darsheel Safary: To everyone, I am still that child

Do Your Children Eat Beans?