Lisa Ray Amongst 50 Most Beautiful People 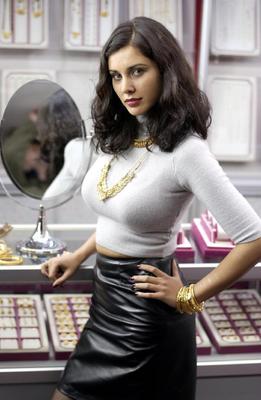 Lisa Ray the Canadian-Indian actor is one of the two Indians in Hello magazine’s list of 50 Most Beautiful People in the country. The Canadian edition of the popular magazine has two Indian women in the list this year.

Lisa is not unknown to anyone in India. She was born in Toronto, Canada to an Indian father and a Polish mother. She was spotted by a modeling agent during a family vacation in India, at the age of 16. Even though she had planned to study journalism, this incident propelled her into the world of modeling and glamour. She made her Bollywood debut with Kasoor opposite Aftab Shivdasani. But her real breakthrough came with films like ”Bollywood, Hollywood” and Deepa Mehta’s “Water”.

The other “Indian origin” woman in the list of 50 Most Beautiful People in Canada is Ruby Dhalla. 35 year old Ruby is an Indian origin MP of Canada's Parliament. She has represented Brampton-Springdale for the Liberals since 2004. The first Sikh MP in Canada, Ruby is an intelligent, and articulate woman.

Popular country singer Shania Twain has topped the list. She’s 43 and a single mom, yet she looks as gorgeous as ever. The reason she says, is a raw food diet, meditation and a healthy attitude! The other “hot” celebrity you would recognize on this list is the sexy Kim Catrall. The 50 plus star from Sex and the City can easily pass off for a woman in her thirties.

Others on the list include Avril Lavigne, Gabriel Aubry and Linda Evangelista, amongst others. Indian women are the most beautiful in the world and the Hello magazine seems to agree!

Who Is The Sexiest Of Them All?

International Awards CAN Be Won Without Lobbying!!!

Big B Dropped For Not Being Canadian!