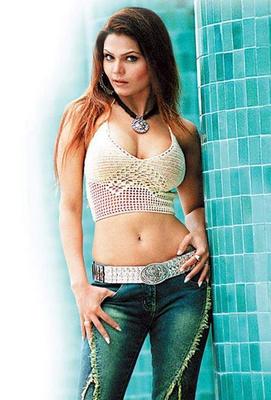 The deadline for sending in an application to marry Rakhi Sawant is not yet up. But almost 13000 men have already sent in their applications! Can you believe that? When Rakhi and NDTV Imagine announced the new reality show “Rakhi Ka Swayamvar”, most people were skeptical. Everyone was asking, “Who would want to marry Rakhi Sawant?” But that’s just a mean and cynical attitude!

The reality is that thousands of eligible doctors, engineers, businessmen, models, actors and NRIs sent their entries through phone, SMS, email, courier etc, within 20 days of the announcement of the show! This is the charm of Rakhi Sawant. Most of Rakhi’s admirers and suitors are from Delhi, with 2465 entries coming in from that city alone! Mumbai comes in second with 1980 entries and Lucknow follows with 1830 entries. Entries are coming in from all over the globe from men aged between 18-35.

Rakhi is understandably excited about the huge response and says, “I want to thank everybody for their continued support of me. This huge response has proved to everybody that my swayamvar and shaadi is not a joke. My only wish is to find a person who will always be my support system and will respect me for what I am. I’m so glad that my family at NDTV Imagine is with me through this entire journey and taking so much of care of me and my wishes.”

Chetan Hansraj: "I don’t know much about the show but I think it’s an over hyped show. No, I would never have been a contestant on such a show. As far as channel’s TRP is concerned, I don’t want to comment on it."

Amit Verma (young guy from Bigg Boss-1): "I am speechless, what do I say but yes, I feel it’s a very unique concept; its weird as well as unique way of getting married. But I would definitely not like to try or experiment such ways of wedding. It is something that only Rakhi can do as she can only experiment on such issues. I respect her for that.

I wouldn’t like to marry her as I think Rakhi is better as a sister and I would love to have a sister as mischievous as Rakhi. I think the show will give the channel a lot of publicity and TRP. Even I am looking forward to this show."

Ravi kishen: "It’s a fantastic concept. I am happy about the show and may god bless Rakhi to get the best possible soul mate this time. She is a lonely soul and she deserves someone who can understand her well. People always tell her dramebaaz and all but I think she is a nice girl.

Sharad kelkar: "I don’t know much about the show, but yes I have heard about this show and its inspired by the show called bachelors. But good this concept is being used in the Indian television.

Very honestly I wouldn’t like to marry Rakhi Sawant at all but yes, she has always helped the various channels when it comes to TRP’s."

We are sure Rakhi will find her dream guy, her real soul mate in this public swayamvar. And we are very eager to watch her through the journey…

Will There Be Another Swayamvar On TV?

Kangana revealed about her wedding plans, she will get hooked in the next year

Bipasha Basu had a special Raksha Bandhan this year