How To Improve Fertility (Part I) 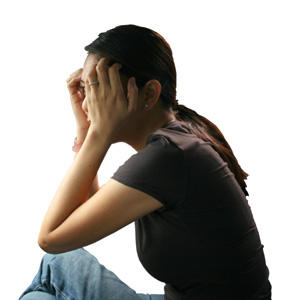 Fertility is the ability of a person to have a biological child. The lack of this ability is called Infertility. Statistics show that infertility has steadily increased over the last dew decades. Having a child is considered to be one of the most precious gifts for a woman. Hence the lack of it affects a person in physical, emotional and psychological ways.

Causes Of Infertility In Women

Ovulation Problems: Due to hormonal imbalance or disorders in ovaries, some women may not ovulate at all.

Fibroids: Uterine growths or fibroids make it difficult for a fetus to implant, thereby reducing chances of conception.

Blocked Tubes: Since the ovum has to travel from the ovaries to the uterus through the Fallopian Tubes, a blockage is a common reason for infertility.

Inhospitable Environment: Due to immunological factors, a woman’s uterus may be inhospitable for sperms, or may not allow implantation.

Endometriosis: This is a condition where the uterine lining forms in different parts of the reproductive tract, thereby blocking the tubes or disturbing ovulation.

PCOD: Polycystic Ovarian Disease is one of the biggest reasons for infertility and irregular periods. Small cysts are formed in the ovaries, due to which the volume of the ovary increases. This disturbs the ovulation process as well as the hormonal balance.

Age/Ovarian Failure: Fertility is on a constant decline after age of 30. So as a woman grows older, she becomes more and more infertile. Sometimes the ovaries have no follicles at all due to medical treatments etc. This is called an ovarian failure.

If you have been trying to conceive for over 12 months, without success, it is time for a visit to the doctor. Your doctor will give you a list of investigations to be done for both yourself and your partner. This is essential to pin point the cause of infertility. Only after you know the cause, can the doctor begin your fertility treatment.

In our next article in this series, we will discuss ways in which you can improve your fertility by just altering your lifestyle. Till then, be healthy!

Why is Infertility on the Rise in Young India?

Ovarian Cysts: What You Need to Know About Them

Can You Overcome PCOS and Conceive?

How To Improve Fertility (Part II)

Yami Gautam: 'Vicky Donor' taught me to be fearless in my choices

Singer B Praak: Akshay Kumar arrives in my life like a god

Pehredaar Piya Ki is in trouble..

Kareena: I am the only B-town A-lister to get a career and a marriage going on full-fledged

A Vachi B Pai Vaale Wallpapers

B Town Stars at The Visarjan Ceremony

B-town Ladies With an Interesting Clutch

DIY Fertilizer for your Plants

It's All About Poop!
LATEST EVENTS / GALLERIES
Most Read
...loading