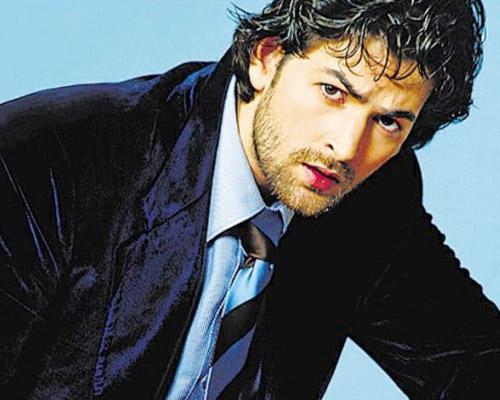 There are a few lucky actors who gain popularity in spite of not being able to deliver a super hit film. Neil Nitin mukesh is one of those lucky few. He debuted with Johny Gaddar and won a lot of critical acclaim, even though the film did not do very well at the box office. Last month Neil had his second release Aa Dekhen Zara opposite sexy Bipasha Basu. This film bombed crazily.

But hopefully, Neil’s third release Madhur Bhandarkar’s “Jail” will be a viable commercial success. One big reason is that Neil has done a nude scene in the film. The story of “Jail” involves torture of the protagonist at the hands of jail officers. In one such scene, the officers ask the “hero” to strip down, and Neil Nitin Mukesh complies.

Reports say that Neil was initially reluctant to shoot the nude scene, but agreed when Madhur explained how crucial it was to the story. Working with Madhur Bhandarkar is every actor’s dream. The real life quality of Madhur’s brand of cinema strikes a raw nerve with the audience, while his directional skills always command critical acclaim as well. No wonder then that Neil shot the nude scene without much complaining.

Understandably, the young actor is under a lot of pressure to deliver a commercial success. Perhaps that may be the reason why Neil agreed to doing the nude act for Madhur Bhandarkar’s “Jail”. Knowing Madhur’s style of realistic cinema, we have no doubt that the nude scene is a genuine demand of the script. But will the Censor Board close its eyes to the “full monty” act of Neil? Or will Madhur be happy with an A Certificate this time also? The Censor Board had asked Madhur to chop off some scenes from his much appreciated film Fashion recently. But Madhur refused to do the chopping act, and accepted the A Certificate instead!

Indian women are certainly in for some skin show by a male actor, for a change. Even though we may not whistle and hoot in cinema halls, we do appreciate art. And from what we know of Madhur’s work, this will be one artfully shot scene!

Heroine gets delayed by a week!

The Craziest Demand Made By A Star…

Sushant Singh Rajput to be Inspector Ghalib in Madhur Bhandarkar’s next?

Madhur Bhandarkar: Will not screen Indu Sarkar for any political party

Madhur Bhandarkar next production ‘Indu Sarkar’ is based on 1975 emergency

A Trailer of Dassehra