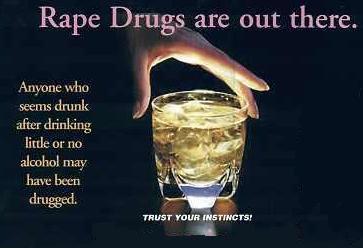 Actually there’s nothing friendly about being raped. But when your friends rape you, can you call it “the friendly date rape”?

Date rape has been on the rise in urban India. With the free availability of information about sedatives and other drugs that are used as an aid in committing rape, it is fast becoming a common occurrence. Last Sunday, an American national of Indian origin was gang raped. The victim is a post graduate student at the Tata Institute of Social Science (TISS) in Trombay.

The victim (in her early 20s) went to a bar along with a female friend on Saturday evening. They were met at THE HANGOUT:Cafe XO at Deonar by 6 guys who were good friends of the two girls. The whole group had a few drinks at the bar and later went to the apartment of one of the boys in Andheri. The victim has no further recollection of what happened that evening. But when she woke up next morning, she was shocked to find herself completely naked. After getting dressed, she went off to the TISS campus and sought help there. She was taken to the Rajawadi Hospital, where the doctor confirmed rape.

The first issue in this case is of the easy availability of date rape drugs. Reportedly, these drugs are used to treat depressed patients. But obviously the checks required at the point of sale are not being followed. Considering the spurt in number of date rapes, this is an important matter that the administration needs to tackle seriously.

The spokesperson for TISS has said that they will be enforcing stricter guidelines for students residing in hostel accommodations. This means that students will not be allowed to leave the hostel premises after a fixed hour every evening. This may contribute a little towards safeguarding students against such a fate, but is this not an infringement of our basic right to freedom? An adult should not be told when to go out and when to return? Ironically, it is certain men who committed this crime, yet the women will be punished with stricter rules and jail-like existence!

Finally, can you trust ANYONE today? Just because a girl goes out to have a few drinks, men seem to think that she’s easy. Does this mean that women should not live a free uninhibited life? Do we have to go back into purdah to protect ourselves? That’s food for thought!

Please write in your thoughts, opinions and comments about this incident in the comment section below.