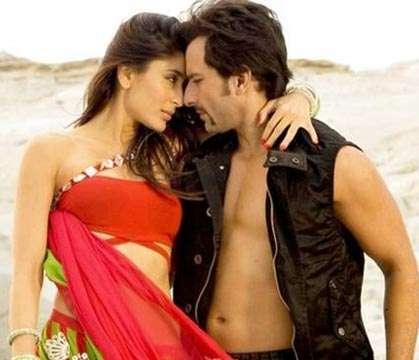 Yes, you got it right. Kareena Kapoor is now with a new boyfriend who is all set to flaunt 8 pack abs, and his name is Agent Vinod. He is Bollywood’s answer to the super spy James Bond from Hollywood. He’s suave, he’s stylish, he’s muscular and he beats up the bad guys.

Agent Vinod is the vision of Saif Ali Khan & Imtiaz Ali. So obviously “Saif” is playing the lead character in his home production Agent Vinod, to be directed by Imtiaz Ali of the Jab We Met fame. Since the character requires a well toned and muscular body, Saif has started to work for the ultimate physique.

Said has already hired Aamir’s trainer Satyajit Chaurasia to guide him through this mission. Said is aiming for 8 pack abdominals and a well toned body. His target is to shed kilos and flab while building muscle at he same time. Obviously this means a lot of hard work for the “chotey nawab”. He works out for 2 hours every morning. Beginning with a 45 minute cardio session, Saif moves on to weight training. Later he works on stretching his whole body. The workouts are supplemented with a protein rich diet that can help him in building muscle.

We wonder how does Bebo like being with a brawny guy! Is her fitness obsession rubbing off on Saif, or is it really the Agent Vinod who’s trying to lose weight?

While we know Saif is playing the cool detective, we do not know much about his leading lady. When Saif and Imtiaz had announced this film, the leading lady was said to be Deepika Padukone. But obviously this did not go down well with Bebo. After all, her beau, and her favorite director are making a movie together. How can they NOT have her in it? Bebo felt insulted and threatened by the younger and lovelier Deepika. Things have changed since then. And now it is being rumored that Deepika has been chucked out of the film and Bebo is happily filling the spot! Looks like Bebo’s brains are really more convincing than Saif’s brawns, eh?

The Secret Of Saif’s Youthful Looks…

'Career' is Kareena's Only Plan!