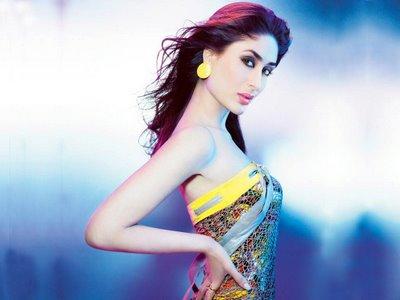 A sweet and plump Kareena Kapoor lost oodles of weight and caught the fancy of our country. Within days, Bebo became the talk of the town and the country. For months, the people and the media kept coming up with theories about how Kareena Kapoor shed so much weight, in so short a time!

More than a year has gone by since. But nobody is still sure how Kareena lost the flab. Media had once reported that Bebo was on a strict Orange Juice Diet. They even went on to report that the anorexic actress had fainted on the sets of Tashan. Remember “Tashan”, the movie which started it all? No? Can’t blame you! I am sure even Saif & Kareena don’t want to remember that one!

Bebo maintains that she has not turned into an anorexic. She is just eating healthy and doing a lot of Yoga. Many people wonder if it is possible to get that kind of results by just “eating healthy” or “doing Yoga”. So Bebo’s claims are discredited mostly.

Keeping cynicism aside, we did a little research on Kareena’s so called “eating healthy” and “doing Yoga”. As it turns out, she is right. In this 2-article series, we will show you exactly what Kareena Kapoor did to cut the flab.

This is the name of a book written by Rujuta Diwekar, the lady who is behind Kareena’s successful weight loss. She is the nutritionist who helped Bebo achieve the wafer-thin look in “Tashan”. Though the book is not out I n the stores yet, you will be able to buy a copy very soon. Meanwhile, we got you this wonderful extract from the book.

Did Bebo Starve Herself?

No she did not. According to Rujuta, Bebo ate things like Momos, parathas, cheese etc, apart from the low-calorie stuff, regularly! She ate well and worked out well. That’s the secret.

Can You Lose Weight Just As Quickly?

Maybe, Maybe not. Rujuta says that Kareena had been working out religiously for more than 5 years when she embarked on the weight loss program. So her body was more intelligent. People who work out regularly have “intelligent cells and tissues”. This means that when supplied with the right nutrients, these intelligent cells easily let go of the fat that they are holding on to. On the other hand, people who do not work out or live an unhealthy lifestyle, may take a little longer to lose weight.

What Is It All About?

Rujuta has come up with 4 simple Mantras. These are the same rules that she laid out for Bebo as well. They worked well for Kareena. So, presumably, they should work well for you as well.

We will bring you “Rujuta’s 4 Principles of Eating Right” in our next article in the series. Till then, Eat Healthy, Be Fit!!!

Kareena In A Bikini

Lose Weight With These Tips