Bollywood Gets Another Blonde Babe 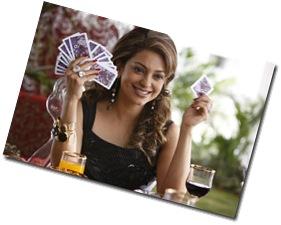 Remember the time when one of the Bollywood lovelies turned into an ugly duckling just by turning blonde? Arrey baba! Ameesha Patel ko bhool gaye kya?

Ameesha Patel completely managed to ruin her looks by coloring her lovely hair blond. Even though Ameesha is a fair skinned woman, the blond hair did not suit her at all. She got a lot of criticism from every quarter for her sloppy appearance.

Now another Bollywood babe has gone blond. This time it’s the lovely Juhi Chawla, who has dyed her hair blond. Juhi has taken this drastic step for Farhan Akhtar’s sister Zoya Akhtar. Zoya is making a movie called “Luck By Chance” and Juhi plays an interesting character in the film. In her own words, “"When Zoya offered me the role I was extremely thrilled, even though I was told it was not a big role, I dint mind, it was different from all the other characters I have played before, and that was the most exciting part. Playing Minty was so much fun! And moreover I got to color my hair blonde, which also was something I had never done before."

If you look at the picture, you’ll agree that Juhi doesn’t look bad, really. She looks different, but not bad! We’ll find out more when we actually get to watch the movie. There’s one thing that we can be sure of. Juhi is no “dumb blonde”! Right?

What do our Memsaabs feel? Can Indian women carry the blonde look? Or is it a complete mismatch with our skin tones? Would you go blonde? Please leave your answers in the comments section below.

Are You Ready To Meet Padduram?

The Hair That Colours You (II)

Imran,Anushka,Varun,Rohit And Juhi On The Front Row Show