Do You Want To Be Shahrukh’s Angel? 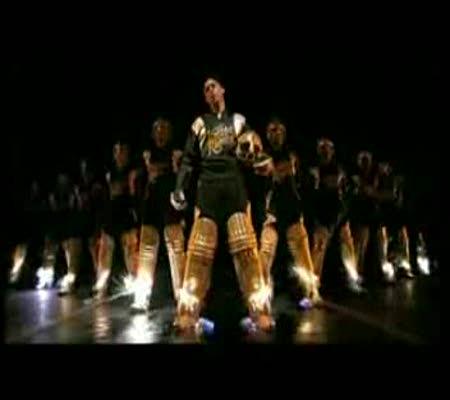 No darlings! There’s no misprint or typo here. Shahrukh Khan, the most loved star in our country, is really looking for angels. I know what you are thinking right now. Why does someone (who looks like SRK, has a lovely wife, is blessed with two beautiful children, has the adulation of millions of people and owns enough money to open a bank) need angels? He already has the best of everything in his life, Right?

Well, we all saw SRK’s Kolkata Knight Riders perform miserably in the Indian Premier League (IPL) last year. His team lead by Saurav Ganguly could not make a mark on the 20-20 formatted platform for cricketers. As the country gears up for the second season of extremely successful tournament “IPL”, SRK needs a couple of angels to help the sagging spirits of his expensive team.

This is where Reality TV comes in. SRK’s “Red Chillies Entertainment” is soon going to launch a new reality show on NDTV Imagine, where they will search for 6 talented cheerleaders for the “Knight Riders”. The show will be called Knights & Angels. This will be the first televised search for cheerleaders in our country.

What are they looking for? Nothing much, actually. A fit body, dancing skills, loads of attitude, attractive personality and a sense of rhythm. This is what is being described as the recipe for making cheerleaders, or “angels” as SRK calls them.

It seems that the producers have realized that we are really sick of watching celebs dance and non-singers sing! Finally, Reality TV is becoming “real” in the real sense. Cheers to that!

No Sexy Skirts for KKR Cheerleaders This Year!

SRK To Build A Stadium In Dubai

Virat Kohli: Our performance was unacceptable, one of the worst collapses ever

SRK wish to own a football club