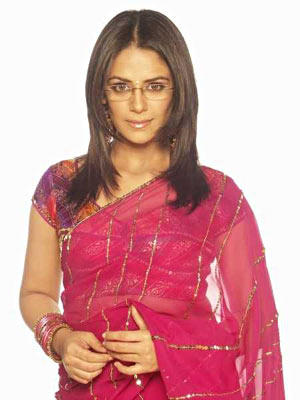 This is the name of a brand new show on Star Plus. As the name suggests, this is something like “Bakra” game played by a handful of celebrities. We have seen hilarious comedy acts bordering on reality like ‘Bakra’ on MTV where most of the gags are conducted by the irrepressible Cyrus Broacha. But this show ‘Arre Deewano Mujhe Pehchano’ promises to raise the entertainment quotient to a different level altogether.

‘Arre Deewano, Mujhe Pehchano’ brings together a gamut of celebrities renowned for their flair for humour, acting abilities, comic timing and overall personality. Actors such as ‘Queen of Dance Reality Shows’ Mona Singh, the original ‘Bad Man’ Gulshan Grover and others like Yash Tonk, Sweta Keswani and Divya Dutta will share the stage These celebrities will be disguised and pull impromptu acts on unsuspecting candidates. The first episode of the show was aired yesterday on 2nd Jan.

Watch out for acts such as Gulshan Grover donning the hat of a casting director and tricking an unwary girl who walks in to audition for a not-so-important role in a Indo-Hollywood venture where her role turns into the lead role. It is said Gulshan Grover’s disguise in this act is fabulous. Another act being talked about is of Mona Singh’s where she plays a fat lady who hires a personal trainer to get her husband to look like John Abraham. The act has Mona Singh psyching out the personal trainer with her antics.

The show will also have the wild and hilarious Sajid Khan and Kavita “FIR” Kaushal as hosts. For the first time on Indian Television there will be a new technology animated interactive character - ‘Gadhashri’ who will provide the ‘vishesh tippani’ or special comments on the performances.

You can watch the show every Fri-Sat at 10 PM on Star Plus. Looks like finally the channel has a winner on the channel.

Quarantine period: Payal Ghosh starts gardening, says, “i never got the time once I started acting”

Nargis Fakhri: Acting is not her only aim in life and I wants to pursue other things as well

10 SRK Acts That Wowed The Nation

Ashiqui Star Hunt Is On!!!