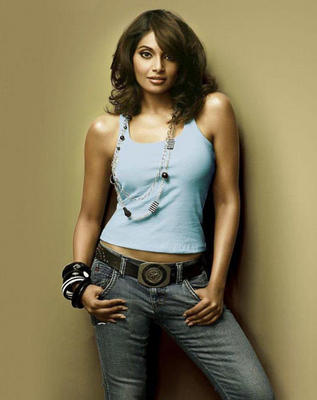 This is exactly what pretty lady Bipasha Bashu has to say. Though Bips herself has the tag of being The Sexiest Asian Woman, she thinks that her boyfriend of many years, John Abraham is what sexiness is all about.

When she watched the Karan Johar/Tarun Mansukhani hit film Dostana, the pretty babe was completely floored. While John has all the women in India swooning with his “bare all” act in this film, we did not expect it to affect his girlfriend in this way as well!

In her own words, “I actually ended up telling Karan Johar that I had forgotten how hot my boyfriend is. I thanked him (Karan) for reminding me.” Bips goes on to praise John for his hard work and commitment. According to Bips, John has been a model before becoming an actor, and has always had a great body. But for his role in “Dostana”, John went on a special exercise-diet regime for 3 months before shooting. And the result is there for everyone to see (and drool over)!!! As Bips puts it, “Each and every muscle of his body was so sharp that it appeared effortless.”

Well, only someone who is herself as hot as Bipasha Basu, can forget how sexy John Abraham is. Poor Bips probably doesn’t realize that she has millions of enemies in this country today. All those women drooling over John’s “sexy underwear act” hate Bips for being his girl.

What do you think? Which is the hottest jodi in Bollywood? Is it John/Bips or Saif/Kareena? Or perhaps, Sallu/Katrina? Please leave your comments in the box provided below.

Now See The Hunky John Flying In The Sky!!!

The Hottest Couple In Bollywood