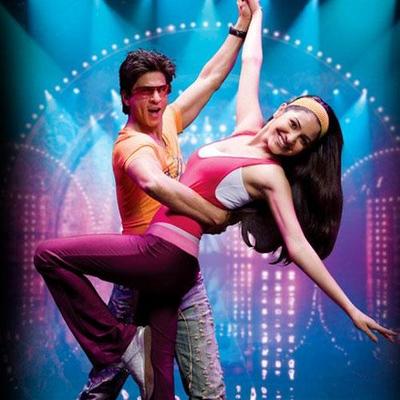 The title of the film, Rab Ne Bana Di Jodi, speaks of a couple made in heaven, hawle hawle falling in love with each other. Though, in reality this unique on screen jodi of Shahrukh Khan and Anushka Sharma took quite a lot of time and effort.

Owing to the unusual jodi that the film talks about, it was not easy to cast like other Yash Chopra productions, where the cast is decided before the story is scripted!

Sources say that even this time director, Aditya Chopra, had written the story keeping in mind one of the Chopra camp favourites, Priety Zinta . But since Priety is well over 35 years of age (oh yes, she is!), she couldn’t really fit in the role of a young girl married to an older man. Apparently, the age difference would not have been so distinctive.

So, keeping a ‘young girl’ in mind, the filmmakers thought of taking Sonam Kapoor. She fulfilled all criteria, except that she was the hero’s colleague's daughter! Shahrukh Khan refused to work opposite Sonam because he wasn’t comfortable romancing Anil Kapoor’s daughter. Sometimes, it’s not so lucky to be a star kid!

So, finally, they zeroed down to Anushka Sharma. Ah! What a tiring, long exercise to make a jodi that is supposed to be made by Rab

Rab Ne Bana Di Jodi is due for release on 12th December. Now, lets see if this unusual jodi is able to impress us or not!

No One Recognised SRK!

Ranveer: Deepika is the better half of our Jodi