Want HIM To Break Up With You? 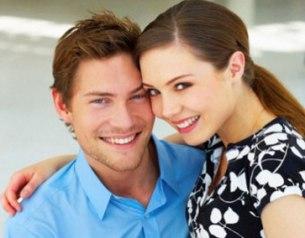 Alright, so all your cool friends had one and you wanted to flaunt one too! So you caught hold of the first guy who showed interest in you. And now, you’ve realised your mistake.

Or have you found someone else, the perfect man you were looking for? And now, you want to get rid of your current boyfriend but are reluctant to utter the words of break up from your own mouth!

Don’t worry. It’s possible to make him break up with you, so that you are free from the guilt of breaking up as well as your irritating boyfriend, in one go! Here are some interesting ways that can make him turn away from you and beg for a break up. Hope you enjoy them!

1. Start calling him several times in office to ask where all you can go to celebrate your first kiss anniversary that is just two months away.

2. Send him PJs via sms, emails, funny cards at least twice a week and ask him if he found your joke funny. And if he doesn’t laugh on your jokes, ask him to!

3. Stop laughing on his jokes.

4. Whenever you go out for a movie-date, call your friends and tell him that they really wanted to watch THIS movie with you.

5. Whenever you are on a romantic drive, compare his car/bike with your ex-boyfriend’s super speeder!

6. Call him up when he is in the middle of a meeting to remind him that its been 4 hours since you met and that you are really missing him.

7. Gift him a pink box of candies on his birthday.

8. Whenever you don’t like anything he says, burst into tears and say, “You have changed, you are not the man I fell in love with.”

9. Burst into tears at the drop of a hat.

10. Try to seduce him during the final over of the deciding match of the Indo-Pak series. If he doesn’t look at you, unplug the cable wire.

11. Pull out your five-year old pair of high waist jeans and wear them to the Hard Rock Café with him. When he asks, tell him its back in fashion.

12. Bitch to him in detail about your colleague’s sister who happened to drop in your office last week.

13. Bitch to him when he is back from office and trying to relax or when he has turned off the bedroom lights!.

14. Take him to meet your relatives in the city. Every Saturday evening.

15. Tell him that you are fasting every Saturday for his happiness and so he cannot touch you during this time.

16. Ask him to take you along when he is planning a ‘boys night out’ because now you are a part of his life!

17. Start asking him about his minute-to-minute whereabouts because you are ‘concerned about him’.

18. Nag him about everything and make a huge issue of every quarrel you have with him. In fact, go and complain about the quarrels to your common friends.

19. And for the final blow: Tell him you’ve thought of names for your kids!

20. But even after doing so much, he still decides to stick to you, start flirting with one of his good –looking colleagues, especially the one who has a better chance (than him)at getting promoted this year!

None of the guys have the stamina to tolerate all these tantrums. The sooner you start bugging him, the sooner he’ll free you from the relationship and the guilt of it too

Mistakes You Make In A Relationship (II)

"Mom, This Is Sameer, My Boyfriend."

Does He Feel Loved?

When You Love A Workaholic

How To Be A Good Girlfriend

Get Over Your Crush on Your Best Friend!

Hema Malini: You have become a prisoner in the hands of your own children!

Ali Fazal's mother passes away in Lucknow; actor shares, "I'll live the rest of yours for you"

Tahira on casting hubby Ayushmann: I don’t mind directing him if he fits character

How to Start Doing Pushups

Rhymes for Your Toddler

Are You Sick Of Your Boyfriend?