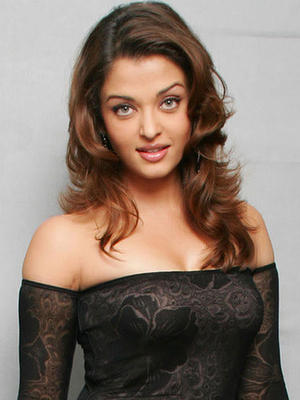 In all the years that she has spent in Bollywood, there one thing that Aishwarya Rai Bachchan has certainly mastered: taking credit for nothing!

Although she is supposed to be the most popular actresses in India, she hasn’t quite been able to impress the box office. So, now that she has a line of flops tailing her and has nothing to do except be the Bachchan Bahu, she has resorted to taking credits of things in which she has no role… literally!

Aishwarya Rai Bchchan claims that the success of Dostana goes to her!

Ahuh? Did your eyes miss the pretty face in the film? Of course not! She was nowhere in the film except, maybe, in the mind of hubby, Abhishek Bachchan. Yet, she claims to be the woman behind the film’s success!

This is what she claims:

"The chemistry was between Abhishek and John Abraham. Me being in the film would have diluted the gay angle of the film. It was offered to me initially. It would be the first film after my marriage. But, I turned down Karan (Johar) because, we wondered whether the audience would expect a love story between me and Abhishek and finally she goes off with the other guy?”

Oh how thoughtful of you, lady! But we have had enough of both of you on Page 3 and do not wish to watch the overrated couple yet again in the making of another flop! Besides, in Dhoom 2we never expected you to shoot Hrithik Roshan and run away with Abhishek just because he was your to-be-hubby!

Accept it darling, the jealousy syndrome is getting on to you! After banning hubby baby from working with the top notch actresses like Kareena Kapoor and Rani Mukharjee, now you’re trying to snatch away the limelight from a rival beauty queen, Priyanka Chopra!

Abhishek And Aishwarya Rai During A Gudi Padwa Celebrations Photos

Aishwarya And Abhishek Bachchan Host The amfAR Dinner At Cannes 2014