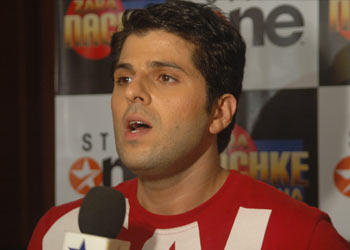 The popular celebrity dance competition, Zara Nachke Dikha began with a big bang. In the beginning, both the teams showed great talent and spirit. But towards the end, male ego replaced sportsman spirit and made things ugly!

The show had two teams competing with each other: Tez Talwar Ladke and Meethi Chhuri Ladkiyaan.

Leaving aside a few dramatic instances that have become an inseparable part of reality shows, the competition was fair, tough and healthy... Until the boys realized that they are actually going to lose the grand finale!

In the Face-off round, Ashita Dhawan and Bakhtyaar Irani come to perform. The judges Malaika Arora Khan, Chunky Pandey and Saroj Khan decide to send Bakhtyaar to the Penalty Bench. Upset with the decision of the judges, Bakhtyaar walked off from the stage with his team mates.

While the boy’s team felt that the judges were biased, the jury felt that this kind of a behavior was absolutely unacceptable.

Nevertheless, it was quite clear from the course of events and the drama on stage that the boys were trying to run away from their defeat.

And this is not just an assumption. The obvious reasons were announced by the hosts: the boys knew that they couldn’t win, even if they gave their best performance in the last round. Their scores were way behind the girls’ grand total.

Girls were clear winners, not because the boys walked out, but because they truly deserved it! Mouni Roy won the best dancer of the series title and prize money of one lakh rupees!

But the behaviour of the boys was certainly driven by reasons other than bias in the decision. If the judges were really biased, then why did they realize it so late, just before the declaration of the results? Was their male ego hurting or was it plain jealousy that they couldn’t handle anymore?

Dance Wars Of The Stars

Who Said MTV Splitsvilla Was Fair?

Deepika Padukone on relationships: I have always ended up with boys who hurt me

Irrfan Khan is gearing up to play judge for Netflix series

Judges of did season 3