Romancing “Younger” Men Is In! 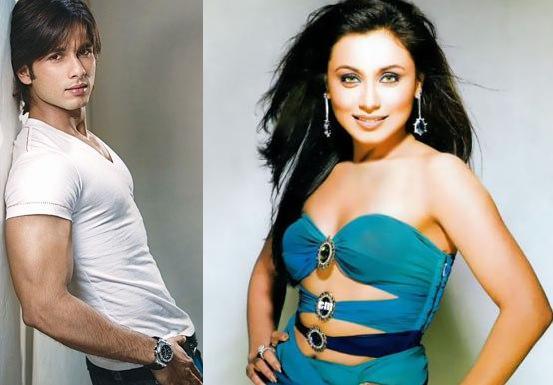 Yes, ladies! Romancing “younger men” is very in these days. Or so would our Bollywood directors have us believe! Recently Bipasha Basu, the hot Bong bombshell romanced a much younger Ranbir Kapoor in the hit flick Bachna Ae Haseeno. And now, it’s the turn of another Bong beauty Rani Mukherjee to sing and dance with lover boy Shahid Kapoor!

It is understandable why Rani wants to be paired with Shahid. She is ageing and has been delivering one flop after another! So she has managed to convince her beau Aditya Chopra to cast her opposite Shahid. But this unconventional “jodi” has become the talk of the town. Now even Priyadarshan has decided to make a film with this mis-matched couple!

It has been reported that Adi’s movie will have some really steamy scenes between Rani and Shahid! But what is it with Shahid? He is very often paired with older women! First it was Kareena Kapoor! Then he had to go out and romance Vidya Balan. And now it’s Rani Mukherjee!

He has even dated Bebo in real life for many years! Does Shahid really prefer older women in real life too? Methinks he looks the best with Amrita Rao. They make such a sweet and cute couple! Come on directors, please cast Shahid with ladies who are at least his age if not younger!!!

Who's The New Casanova In B-Town?

Shahid Talks About His Personal Life

Shahid Kapoor to romance with Katrina Kaif in Roshni?