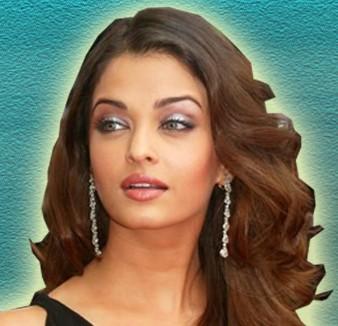 Why do most Bollywood actors believe in being jacks of all traits, but masters of none? They’ll jump at every opportunity they get to show all their skills except acting!

Ab Bachchan bahu ko hi dekh lo…. She is all ready to put the mic on fire with her dormant singing talented!

Yeah! Aishwarya Rai Bachchan plans to sing for her upcoming movie with, Ravan. The beauty plays Sita in the movie, while Abhishek Bachchan, of course is Ram!

The ‘dedicated’ lady has already started taking classical singing lessons in order to perfect the job. Memsaab wonders if she ever took her acting career so seriously, and learnt theatre for while!

In times when all Bollywood personalities are turning to hosting and judging reality shows on small screens, Aishwarya has come up with an innovative way to draw attention!

In fact, this gorgeous woman has always made news by doing everything except acting! From numerous affairs to an over-hyped marriage, she has had all the meat for the gossip mills. And now, when it’s all over, she is exerting pressure on her vocal cords to pull in the spotlight!

The film is a sensuous contemporary Hindi take on the epic Ramayana, in which Aishwarya is playing a classical singer for the first time in her career.

Over a decade ago, Jaya Bachchan had played a classical singer in the film Abhimaan that also had husband, Amitabh Bachchan. And now many years after the film cast its spell on Indian audiences, their bahu is all set to repeat history opposite her hubby, Abhishek!

But, at least her saas accepted the fact that she is only acting as a singer!

So, will Aishwarya be able to create the same magic again?

Who Bought The Bachchans?

Aishwarya and Karisma dance together at the Ambani’s celebration

Shraddha Kapoor: To sing all her songs in 'Rock On 2'