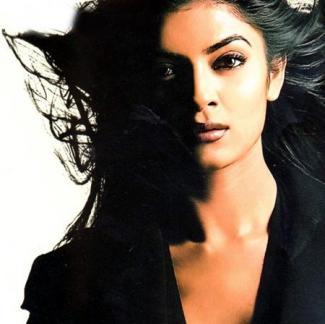 Just when you think you have had enough of the unreal reality, a new reality show with an even more bizarre concept hits your favourite TV channel!

From item girls to cricket players, everyone is judging competitions. And competitions that by no means lie in their jurisdiction!

The glam-hungry, Rakhi Sawant, who is good at nothing expect publicity stunts and, oh yes, item dances, is judging a children’s dance competition! Didn’t we had enough of her in her talk show, The Rakhi Sawant Showz…, where she shows way more than what we asked for!

On what criteria is she judging the kids… revealing clothes, outrageous dance moves or controversial public statements?

The show that you need to be aware of is Ek Se Badhkar Ek… Season Two. Season two? When and where did the first one happen?

Take a look at what the Press Release says about the show:

The spirit of competition is what will be of prime importance in the show. No scheming and controversies will be encouraged in the show; either amongst the participants or the judges. Only pure talent of the little kids and special moments arising out of the performances is what will make up the episode.

Yeah, sure! The item girl will become eligible for a noble prize if she manages to judge even a single episode without a single act of drama, with eyes popping out of the sockets.

And as if this is not enough, there are also the Indian cricketers looking out for an alternative profession on the small screen! But wasn’t advertising enough?

Just because they are thrilled enough to dance like crazy frogs after a hard and rare victory on the fields doesn’t make them eligible for a dance competition!

But Colors , thinks so. The new TV channel is doing too much of a mix and match with the khiladis and the haseenas! First, there was the Khataroon Ke Khiladi with the khiladi of the glam world. And now they’ve opted for the actual khiladis on dance floor.

So, there is the out-of-work and so, out-of-shape, Sushmita Sen judging the show Ek Khiladi Ek Haseena with none other than Wasim Akram. Then there are also the Mona Singhs and the Harbhajan Singhs of the world trying to shake a leg with each other. What a perfect match!

Someone please give the wannabe haseenas a movie and the undecided khiladis another sponsored series. At least those can be avoided completely. Because the trailers of this new ‘un’reality show is just all over the place!

Dance Wars Of The Stars