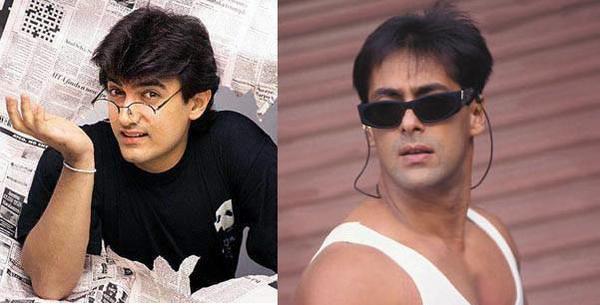 Raj Kumar Santoshi, Aamir Khan, Salman Khan, Karisma Kapoor & Raveena Tandon. What does this bunch of people mean to you? A surefire formula for laughs? As a group, they are loved for one of Bollywood’s most loved comedies, “Andaaz Apnaa Apnaa”.

If reports are to be believed (they usually are), then Aamir Khan is planning to produce a sequel to the hit comedy flick from yesteryears. Now can a “AAA” be made without Salman Khan? Never! So Aamir Khan is busy convincing Sallu Bhai to consider getting together for a sequel.

What will the sequel be all about? Who knows? What we do know is that it will be another slapstick comedy with lost of funny moments and one liners! What else do we want, anyway?

It seems that Aamir Khan has decided to take a leaf out of Shahrukh Khan’s book. Aamir seems to be on a film producing/signing spree these days. After Jaane Tu Ya Jaane Na, he has Ghajini lined up for a Christmas release. Ghajini will soon be followed by 3 Idiots. And if things go well, after that we will all catch him in the much hyped sequel of Andaaz Apnaa Apnaa!

We do like this andaaz of Aamir, what say people?

The Baadshah is ready to give up his throne!

SRK & Aamir To Work Together!

The Perfectionist Asked To Stay Out!