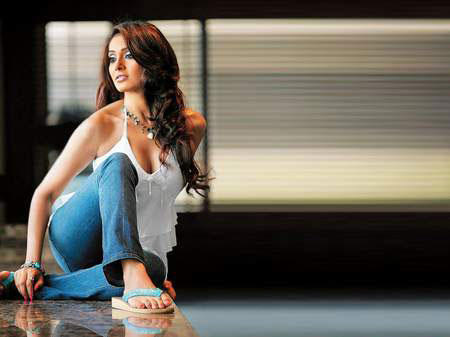 Yes, it’s true! Sexy Bipasha Basu will visit your homes every weekend very soon. Like many other Bollywood actors, Bips has also been bitten by the TV bug. Sure, we have seen her on many reality TV shows as a guest. But now Bips is all set to be a proper (and not one-time) judge for a reality show.

9X will soon be telecasting a sing-cum-dance reality show for real people.Yes, a reality show without the TV serial celebrities jumping around! Have we not had enough of watching the same Prernas and Kumkums dancing and telling jokes on every show?

This show will be called “Chak De - Shehar Di Kudiyan Te Galli De Gunde”. As the name suggests, the guys will be from smaller towns of India while the babes will be from the Metros. As the girls will be pitted against the boys, the show promises a lot of excitement. The producers will be looking for guys and gals between 15-25 years of age, who can sing as well as dance. The show is supposed to premiere on September 6 and will air on Fridays and Saturdays. Isn’t that so predictable???

Indrani Mukerjea, Founder & CEO, INX Media, says, “We are confident that the new Chak De will also grab the attention of today’s generation and help us deliver yet again on 9X’s promise of Bigger, Better, Fresher entertainment to millions of TV viewers across the nation.” Bipasha Basu is all set to judge the contestants on this show along with Raveena Tandon. Manoj Tiwari &Roshni Chopra will play the hosts for this grand show. Brings back the memories of “Chak De Bache”, no?

The All New “Chak De!” Team

Sagarika Ghatge learns to ride a bike for Boss: Baap of Special Services

Shah Rukh Khan's next film could be a period drama with Chak De! Director

SRK: He should have received the honour (national award) for 'Chak De' or 'Swades'

Sagarika Ghatge Walk For Ganjam Show At The IIJW

Sui Dhaga: Made in India