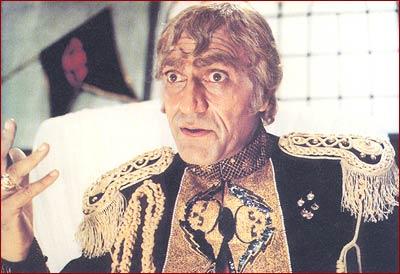 Move over Krissh and Drona! India’s original super hero “Mr. India” is back, and how! Our generation has grown up watching Anil Kapoor & Sridevi movies. But “Mr. India” undoubtedly takes the cake. It was probably the first sci-fi movie made in Bollywood.

Who would not want to be invisible and rid the world of baddies? Anil Kapoor once again will be seen in the sequel to the hit movie Mr. India. Also, Hawa Hawai aka Sridevi is going to be seen again in the sequel. Mr. India 2 is Sridevi’s comeback vehicle to Bollywood after a gap of many years. Will the original queen of Bollywood be able to regain her reign? What’s more, even Shahid Kapur is expected to have a pivotal role in the flick. Watch out for some eye candy, gals!

But who can forget the legendary role of Mogambo immortalized by none other than late Amrish Puri? Mogambo is arguably the most remembered and feared villain in the history of Indian cinema. While it is not possible for anyone to recapture the magic of Mogambo created by Amrish Puri, he (Mogambo) cannot be forgotten either! Someone has to do the job. Who is it gonna be?

Kay Kay Menon has reportedly been offered the role and he seems to be thrilled about it. After all, it is not every day that one gets a chance to recreate history. But considering the great performance of Amrish Puri, there are bound to be great expectations and comparisons. Is Kay Kay up to facing the challenge? Modestly Kay Kay says, “My disembodied voice isn’t that impressive. And posterity won’t remember me for my dialogue but my overall performances. My style of delivering dialogue is more conversational. On screen I communicate with my entire being. Whenever I work in larger-than-life movies like Deewar and Drona (in both I played villains), I’ve to flaunt my ego.”

All we can say is, Mogambo khush hua!!!

OMG - There is a Mr India Trilogy in the Works!

Can The Magic Of Qurbani Be Recreated?

Who Is The Sexiest Vegetarian?

Samar Khan’s Secret is Out!

Shah Rukh Khan turns down the role of Mogambo?

Shekhar Kapur condemns Mr. India 2 announcement: Can only guess that they are using the title to get a big weekend

Amrish Puri's grandson Vardhan: Grandfather's advice on acting is Bible to me

Anupam Kher: Amrish Puri's Mogambo role was offered to me