Nethra Walks Away With The “Khiladi” 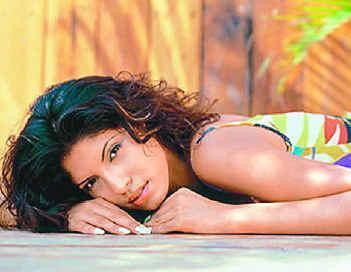 Aditi Gowatrikar lost out in the first part of the last round, called Aagam Bhag. This was a round where the contestants had to run through blazing fire to reach a target. After Aditi lost this round, it was just Urvashi and Nethra left to brave the death defying stunt in the next part.

The second and final stunt was really terrifying and challenging. The objective of this stunt was to drive a car into the open space of a speeding truck. While one of the partners had to control the gears and accelerators, the other partner had to take charge of the steering wheel and try to steer the duo towards the truck, and success! As if this wasn’t challenging enough, the opponent team would be in the open space of the truck, hurling things like tires, drums etc on to the approaching car in an attempt to distract and divert the drivers.

Nethra beat Urvashi in this terrifying stunt by 2.5 seconds. Interestingly, Urvashi won the “Safety band” the most number of times in the show while Nethra won it the least number of times! But all is well that ends well. This is what Nethra must be thinking right now, coz she has finally walked away with a cool Rs. 50 lakh prize!

Khatron Ke Khilaadi has been such a challenging journey for all the women. They have proved to themselves and to the world that women can be just as tough and strong as any guy. After all, strength is not in the body, but in the mind!

Deepika Is The Female Akshay Kumar

Urvashi Rautela is collaborating with this Khan for something exciting

Peek Into Son of Sardar

Bips Having A Blast On Her Birthday