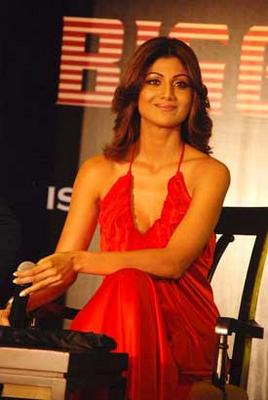 One of the most buzzing and controversial reality shows on Indian television, Big Boss is BACK! And guess who will be acting bossy over the bitchy gang of 14?

It’s none other than Shilpa Shetty!

Shilpa, who herself has been a part of Big Boss’s Big Brother and its characteristic controversies, has now taken up hosting the reality show!

This is what she has to say, “I'll try to give them a little respite as I know that they will be going through a tough time. I remember what it was to live with strangers in a house cut off from the outside world with nobody to trust and vouch for”.

Season Two of this reality show is all set to rock the living rooms of its fans on 17 August. This time, the recently launched channel, Colors will be pulling up its TRPs with this show.

And hey! The show has some Big news for all its fans! This time the juicy gossip, controversies, scandals, bitching and back biting will be telecast on all seven days! It is truly going to be the Baap of all reality shows!

And for those who did not care to watch it the first time, but feel the itch this time, here’s a flash:

As you must have guessed, Big Boss is the Indian version of a British reality show Big Brother. 14 people, including celebrities, will be locked into a house under the surveillance of over 30 cameras for a period of three months. These housemates will have no contact with the outside world. The people will be eliminated one by one by the residents of the house itself. And so, in their quest to win, they will churn out new schemes, plans, gossips, tactics, back bits and stories for our entertainment everyday!

To add to the spice, this time there will be half-an-hour of unedited telecast everyday starting from the second week!

So memsaabs, ready for some Big Fun?

Big B In Bigg Boss