Jackie: The One Chosen By Sai Baba 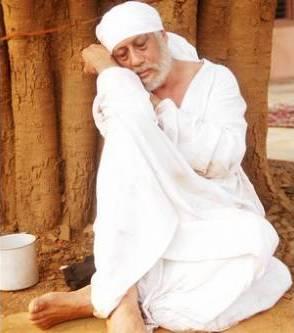 Jackie Shroff, the “once very handsom” actor believes that Sai Baba has chosen him to play a certain role. This is the role of “Sai Baba” himself. Director Deepak Balraj Vij approached Jackie for the special role in his film Malik Ek.

“Malik Ek” will revolve around the life of the spiritual leader, played by Jackie. Jackie says that he was apprehensive initially about taking up the role, but finally agreed because of the conviction of the director. If you are wondering how will the “sunken eyed” Jackie carry off this role, you need not worry!

The actor is as professional as they come, yaar! In order to “get into the skin of the character”, Jackie has been off smoking and drinking for more than one year now. Can you believe that? Not only this, he’s also turned a vegetarian since the last year and half. Apparently, Jackie is so pleased with the change in his life that he plans to continue with his No Smoking - No Drinking – No Flesh Eating way of life forever. No wonder Jackie feels that there is a hand of Sai Baba in all this. He feels that he was chosen by the Baba himself. In case you have not figured it out yet, Jackie is an ardent devotee of Sai Baba.

Jackie is also working in Sohail Khan Productions' “Kisaan”, where he will be seen as a Sikh farmer. The film also stars Sohail Khan, Arbaaz Khan, Nauheed Cyrusi and Dia Mirza. “Malik Ek” is slated for an October release this year.

Jackie has done over 150 films in his long career, but “Malik Ek” will be a special film for him. We all know how the devotees of Sai Baba are constantly increasing in number every day. Such is the faith of Sai Baba followers that we see miracles being reported on TV every day. But this gross commercialization of faith, God and Sai Baba (by News Channels) makes us wonder about the truth in these claims.

Big B Kicks Off Bigg Boss 3

I Am The Real Drama Queen Veena Malik Photos