The Dark Side Of Fairness Creams 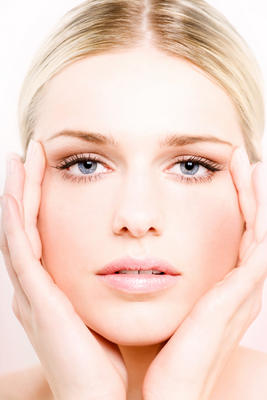 If a girl is dark, she can’t get a good groom for herself. Whereas when she becomes fair, she not only wins over the most loving husband, but is also be able to bag the best job possible, only by virtue of her fair skin!

The implied promises of fairness creams are not just unbelievable, but absolutely hilarious! Still, every modern woman invariably has a fairness cream tugged in her dressing table drawer! Because no matter how much we deny, fairness is still considered the ultimate base of superiority in our country. And this is where the ever growing market of fairness creams sprouts from!

Fairness creams can bring about miracles to your skin. Or so, they claim. And in spite of repeated trials to uncover the dark reality behind these miracles, people (men equally participant) remain ignorant!

So, how really do these creams make you fair? Do they actually change the melanin proportion in your skin?

What they do is, bleach your skin and make it ‘appear’ fairer. Most of the fairness creams contain bleaches that give you the whitening effect. That is precisely the reason why the ‘fairness’ goes as soon as you stop using the cream.

Now, bleaching is really not that bad an idea. As long as the percentage content of bleach is 3- 4 %, it is safe. But, any higher amount and it may cause serious side effects to your skin. Early wrinkling, burnt skin, sagging skin layers are only a few of the deadly side effects! Long-term use of these creams may even cause skin cancer.

Thus, a wise thing to do is not to get carried away with the false promises made by fairness creams. Choose you cream carefully, which has a herbal base and uses less of chemicals, rather than going for something that brings about quick effects at the cost of your health!

Should Skin-Lightening Treatments be Banned?

Is Dark Skin A Bane or A Boon?

Ghana Says NO To Fairness Creams, Will We Ever Learn?

Are Your Dark Knees & Elbows Ruining Your Beauty? (Part II)

Bhumi Pednekar: Will break the set definition of beauty

Sushant Singh Rajput: Stars should not in any ways endorse or prefer one skin tone over another

Whiten Your Skin Naturally at Home

Do You Want Clear and Glowing Skin?

How To Bleach Your Skin Naturally