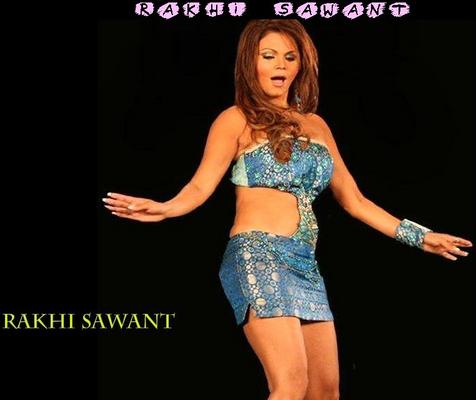 Horn OK Please seemed to be jinxed right from the beginning. Actress Tanushree Dutta, who was signed to do an item number with Nana Patekar has been throwing a lot of starry tantrums. Starry tantrums??? Since when did nobody wannabes started throwing tantrums?

Anyway, so Tanushree has been complaining of indecent behavior and lewd remarks from the crew members. She has also been objecting to certain dance sequences and skimpy clothes that she has been asked to wear. Wait a minute, if Tanushree doesn’t look and act sexy, who’s gonna watch her at all? It’s not like she can act or something, right? And let’s face it, item numbers are not as much about acting talent as about sensuality.

Things came down to a point where Tanushree (miffed with a lewd remark on the sets) locked herself in her vanity van and did not return to shoot at all that day. Now who wants an item dancer who is not even professional enough to do what she’s been signed for? So out went Tanushree, and in came Rakhi.

Rakhi, the item queen, has just done an item number for Krazzzy for the Roshans. This gal is sure making her presence felt in Bollywood. She brings an entirely new meaning to the term “item number”. She can be sexy, sensuous and whatever else any producer wants. And the best part is that she’s a great dancer. So Tanushree’s loss is Rakhi’s gain. Three cheers to that!