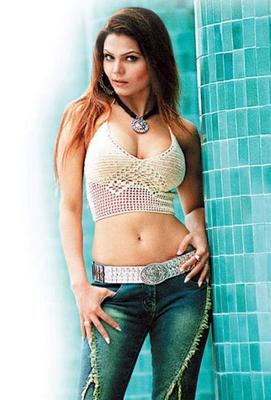 The item girl has come a long way, dancing across the bollywood gallis! And her dedication, handwork and brilliant nautanki have won her a role in Yash Raj Film’s latest venture!

Rakhi Sawant made her debut with the music video Pardesia ,which was huge success. She also gave a bunch of sizzling performances with her beau Abhishek Awasthi in the dance competition ‘Nach Baliye’ on the small screen.

Quite a few big banners have already started taking note of her talent after her performances in Nach Baliye! She is even judging a dance competition now, to select the right candidate for her new album.
So, after all the effort she has been putting in, her dream is finally going to be true! She is actually going to be a part of a Yash Raj Film!

She is already a part of Rakesh Roshan’s ‘Krazzy 4’, . Now, under the Yash Raj banner, she will get to share screen space with superstars like Shahid Kapoor and Rani Mukherjee!

The film is being directed by Anurag Singh. According to the spokesperson from Yash Raj Films, Rakhi will be playing the role of a dancer from Bhand Samaj doing ‘Nautanki’.

All the best with your Nautanki, Rakhi!

Celebs At The Unveiling Of Yash Chopra's Statue

Is IPL5 Getting The Desired Eyeballs?