Meet Shahrukh In A Super Avtaar 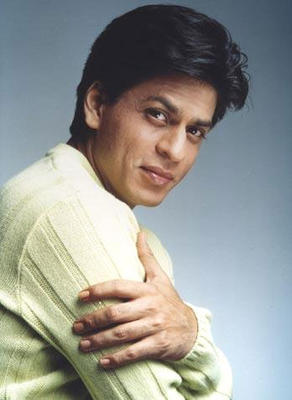 From the TV’s poster boy to the ‘Deewana’ bad guy to the lover boy on big screen to the sports coach! SRK seems to have done it all. But son Aryan doesn’t think so! Shahrukh’s son wants to see his dad in a new avatar. He wants daddy to play “Super Man”.

Not one to let down his fans, and least of all his son, SRK has decided to do just that. SRK’s home production company Red Chillies Entertainment is all set to produce a super hero film, with SRK in the lead. The Roshans started the superhero trend in India with “Krishh”. The Bachchans followed suit with the yet unreleased “Drona”. And now SRK is all set to create another Indian super hero.

What sets this ‘untitled as yet’ production apart is that there will be another important protagonist besides SRK. This will be a 12 year old boy who will create history with SRK. Of course you will see your favorite superstar wearing a cape and flying all over the place! SRK plans to dish out a movie that will appeal to the masses in general, and to the young kids in specific.

Another interesting fact about this movie is that it is touted to be the most expensive movie ever made in India. Hold your breath, the budget of the movie is expected to be around $ 25 million. It is reported that SRK wants to showcase the special effects and animation effects talent in India through this movie. It is high time India was placed on the world map for its special effects industry, what say folks? Director Anubhav Sinha of “Tum bin”, “Dus” and “Cash” fame.

Tiger Shroff: I have nothing to do with super 30

SRK turns a DJ for his movie promotion?

SRK is 'very scared' to direct a movie

B-Town Celebs At The Screening Of Gone Girl

B Town Celebs Create Awareness About The Ill-Effects of Tobacco