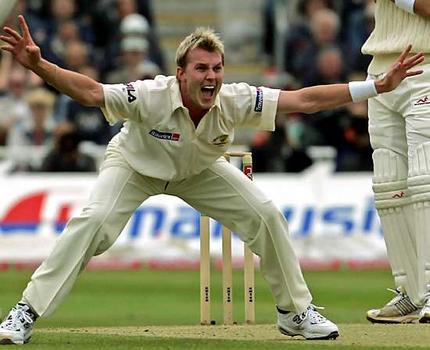 The recent ‘cricket’ controversy may have spoiled the moods of fans in India and Australia, but here’s a piece of news that’s bound to cheer you up. Whatever may be the fate of this test series, the Kangaroos have found other ways of making money through India. The famous cricketers are currently busy shooting for Manmohan Shetty’s Victory, a film on cricket.

Victory is a big budget movie. And we are not just talking a couple of crores here. This movie is known to have an outlay of around $10-million. The movie is being produced by Shetty’s ‘Victory Moving Pictures’ and will be presented by ‘Adlabs’. Ajitpal Mangat is the director who has been chosen to lead this project.

Though this is not the first cricketing movie to be made in India, it will be special because of the real-life cricketers that have been roped in to play certain characters in the movie. Brett Lee, of course, makes his acting debut in Bollywood with this movie. Brad Haddin and Jason Gillespie from Australia will also be seen in this movie.

Bollywood stars like Gulshan Grover, Amrita Rao, Anupam Kher and Harman Baweja will be seen in ‘Victory’. Harman Baweja, in fact, will play the lead role in this movie. English cricketers Simon Jones and Saj Mahmood and Kiwis like Craig McMillan, Daryl Tuffey, Nathan Astle and Martin Crowe will also be a part of this very ambitious project. The movie is being shot in Sydney, Rajasthan and Mumbai.

Harman Baweja is busy shooting for this movie right now. Girlfriend Priyanka Chopra has been denying beau Harman many of his most-loved gastric delights. Priyanka probably felt that Harman needed to lose a little weight, and therefore she put him on a diet focussed on salads. Poor Harman has been abstaining from his favorite butter chicken, reshmi kababs, tikkas etc. Oh God! What not people do for love!

Another Wedding on the Cards?

Vidya Balan, Other Bollywood Stars On A Night Out

Who Wants A Gold Coin With Tendulkar on It?